The OUTpsiDER is getting a new lease on life thanks to the traction his Animals remixes are garnering on Spotify! The remixes are classic bangers in their own right, considering they’re iconic tracks like Don’t Let Me Be Misunderstood and We Gotta Get Outta Dis Place, but it’s especially impressive when you realise that these remixes were done well over 20 years ago! They’re right here as the last two tracks on this throwback collection, which shows that they’re a fitting finale – compare them to the rest of the album! TENS OF THOUSANDS OF PLAYS sure does make tracks stand out!

It’s amazing to see how quickly these songs are spreading, and they’re adding nicely to the millions of plays that The OUTpsiDER already has under his belt. “Please Don’t Let Me Be Misunderstood” is clearly the fan favourite among the two, with 84,786 plays at the time of writing, which dwarfs all the other tracks on the album. However, “We Gotta Get Outta Dis Place” is no slouch either, at 10,928 plays at the time of writing. Both tracks also feature Damien Reilly, Blue Pie/DJ Central CEO and one of the masterminds behind both the bands Key Loch and Southpaw!

As for the OUTpsiDER, if you’re new to his work, he’s not new to creating things that grab people’s attention. To learn who he is, you simply have to look to his viral remix of the classic “Downtown” by Petula Clark. With over 36 million views on Spotify ALONE and far more beyond that when accounting other platforms, one look at his masterworks and you’ll know inside your heart EXACTLY who The OUTpsiDER is, even if you’re only discovering him for the first time today. 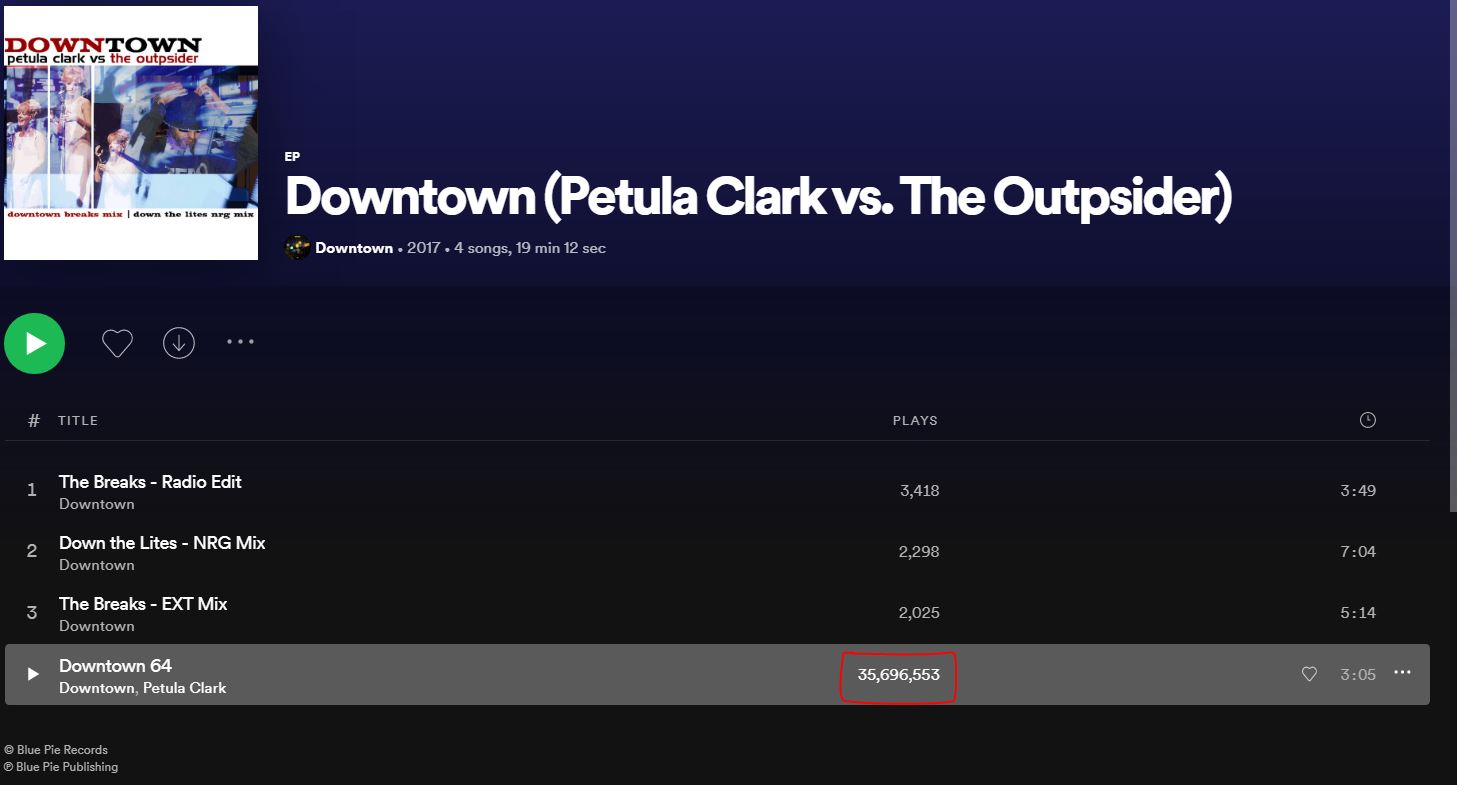 Formed of blood and bone, steel pierced flesh in anger, the earth split apart and the OUTpsiDER was reborn. His story is a hazardous journey through the minefields of life, dodging the flak while digging up the dirt. Alex is an abused child, destined to be part of humanity’s struggle against all that is wrong. He taught himself to hate. He taught himself to love, and at times he hated himself for loving. Emotionally, the OUTpsiDER has been challenged and the battles were hard fought. He lost some and won some… the ones drawn are the ones that live on. The scars are visible if you look beyond the verse. His new popularity on Spotify is well-deserved and we’re waiting eagerly to see where our nostalgia can take us all next!