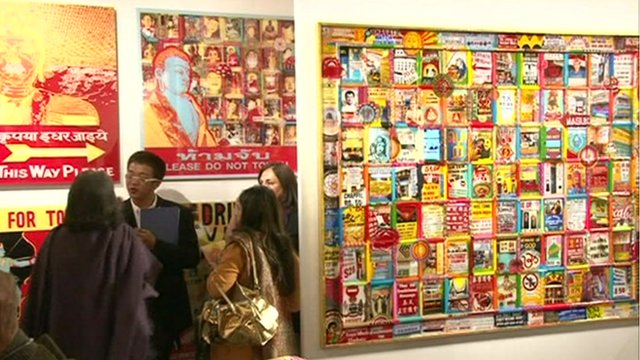 It seems the world of music is finally starting to discover the endless opportunities India has to offer to artists all over.

With a larger market in niche music expanding beyond Bollywood and towards Western styles; many artists (both beginners and international) are discovering the untapped potential available for their purpose to kick start a career in the field of electro/dance music.

Since getting noticed within the western music market has become so difficult due to the large amount of competition, beginners pursuing a musical career have taken a chance within India’s much smaller circle which, thankfully, turned out in their favour.

“The circle is much smaller so it might be easier for people to get known…Raw talent is as important here as anywhere else but in a sense it’s more easy-going and less strategic then it might be in the States”
(Talia Bentson quote; extracted from India’s Music Scene-the DJs and Singers Moving East, 3rd December 2012, Rajini Vaidyanathan)

This pull to India for musical career progression isn’t just influencing starters though. Bigger names and international acts have also recognised the advantages of the growing market for dance nights and music festivals in need of catering to younger adults with “disposable incomes”.

With artists such as Swedish House Mafia and David Guetta playing to sold out crowds India’s night life has become a thriving world that is continually growing and expanding in the electronic dance scene.

As a follow up to their hugely successful EP, Play Hard, Krewella have released a remix EP titled ‘Play Harder’. The EP features remixes of their songs ‘Alive’ and ‘Killin It’ as well as a new track titled ‘Come & Get It’.

The eight track EP is available on iTunes as well as a free download on Krewella’s Facebook page.

After a string of successful shows at Stereosonic festivals around Australia, Krewella are now on tour in the US. If you can make it to any of their remaining shows, swing by and show your support, you will NOT be disappointed!

With the apocalypse growing ever nearer, at least we’ll have some quality new tracks to see us through!!

Steve Aoki’s new EP ‘It’s The End Of The World As We Know It’ is about to drop in only a matter of hours. The three track EP will be released through his label Dim Mak Records and will feature artists such as My Name Is Kay, Dan Sena & Miss Palmer and Rune RK.

Here is the track list for ‘The End Of The World As We Know It’, due for release December 11.

Here’s another mashup of 2012 songs, this time a house mix. Hard music festival presents the electronic dance music cruise Holy Ship! The cruise departs Lauderdale on January 4 before cruising through the Bahamas, stopping at Nassau on day two and Private Island on day three, then returning to Lauderdale on the 7th. Activities, workshops and excursions are offered during the day before the party kicks off at 6pm across five onboard venues with performances from world class DJ’s until 6am.

For those fortunate enough to have tickets to this sold out event, it will be a huge way to start the new year!!