A big, resounding THANK YOU to three parties in particular – The Blue Pie/DJ Central/Ordior/Planet Blue Pictures Social Media teams, DL Down3r’s loyal fanbase, and of course to the talented Mr. Suga Boom Boom himself, for bringing music of such crisp quality to THIS many people! 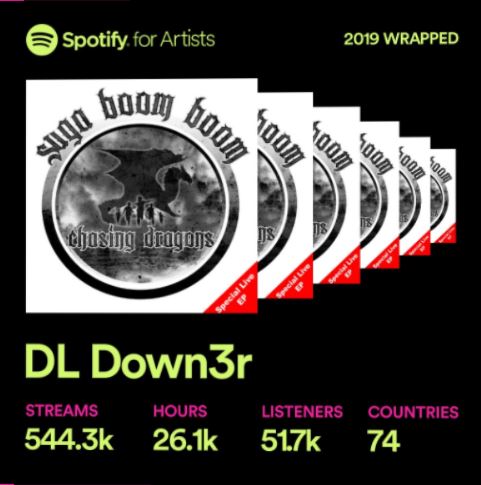 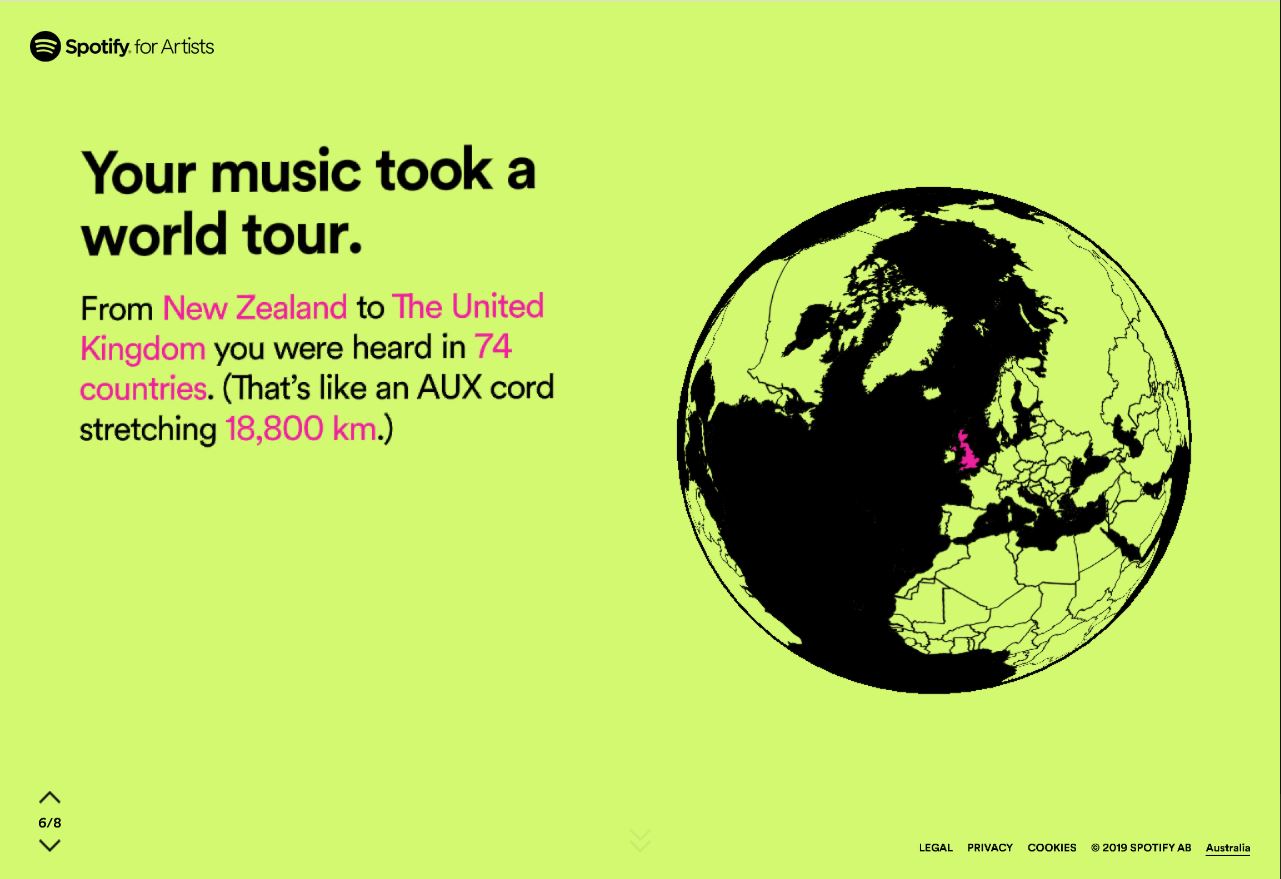 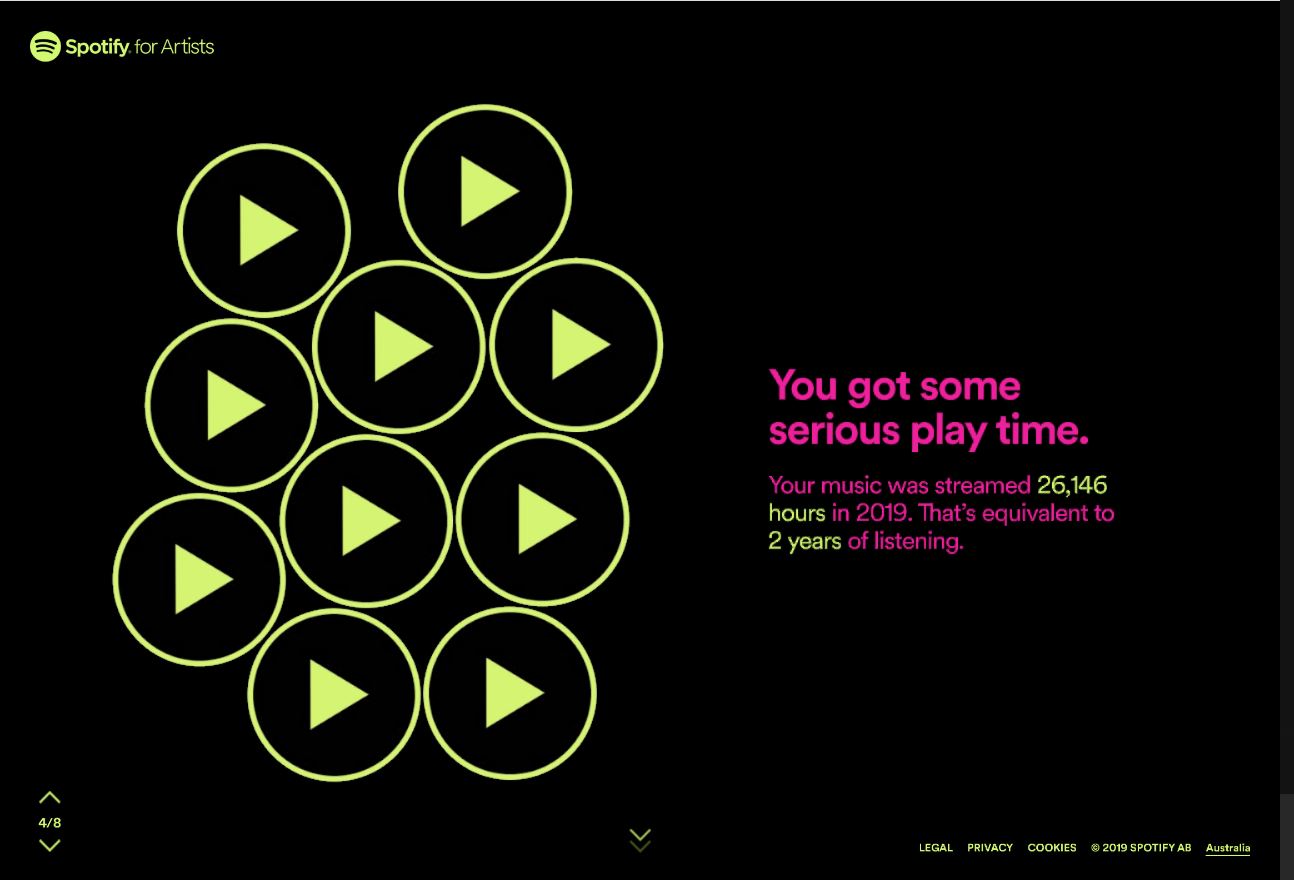 We’ve been loving the 2019 Wrapped campaign for Spotify so far, because it really shows just how far we’ve all come on this musical journey! Not to be sappy or anything but one can definitely feel the love these people have for this music, in the same way that you can feel the love Down3r puts into each and every one of his tracks. In a way, it’s even statistically verifiable now! 544.3k streams. 26,146 hours, or two years. 51.7k listeners. In 74 countries. AND THAT’S JUST ON ONE SPOTIFY ACCOUNT!

What incredible growth in such a short amount of time! It’s dizzying to think about. It probably owes in part to the fanbase cooperating with the Blue Pie team and their viral initiatives, but of course would also have everything to do with just how much people love this talented man and his music! I mean, how could you not? These Spotify stats seem to indicate that most do, and that’s for a good reason – one you’ll see as soon as you hit play on any of these tracks!

And of course who could forget his number one hit? Not us. And with how much we gush about it to you guys, we’re pretty sure you couldn’t forget if you tried, either!

Each one of his tracks is a hit, each one a slapper in their own right, but in particular, Suga Boom Boom continues to draw them in by the thousands. That’s why it’s part of his nickname!

Sometimes you strike gold, which is exactly what happened with the catchy genius and heartfelt lyrics of Suga Boom Boom. Any addict or person who knows an addict will understand it. And we’re sure we can number every single one of the 26K people who have the fanpage liked among those who love the song, for whatever reason matters most to them! And now we can say that the 51.7k listeners on that Spotify account also number among those. The sky’s the limit from here, DL fam. Let’s see where else we can take it in 2020!

Maybe you, the reader, could help us take the page there? All you have to do is click here… and number among the 135,725 monthly listeners that are already there, waiting for you!