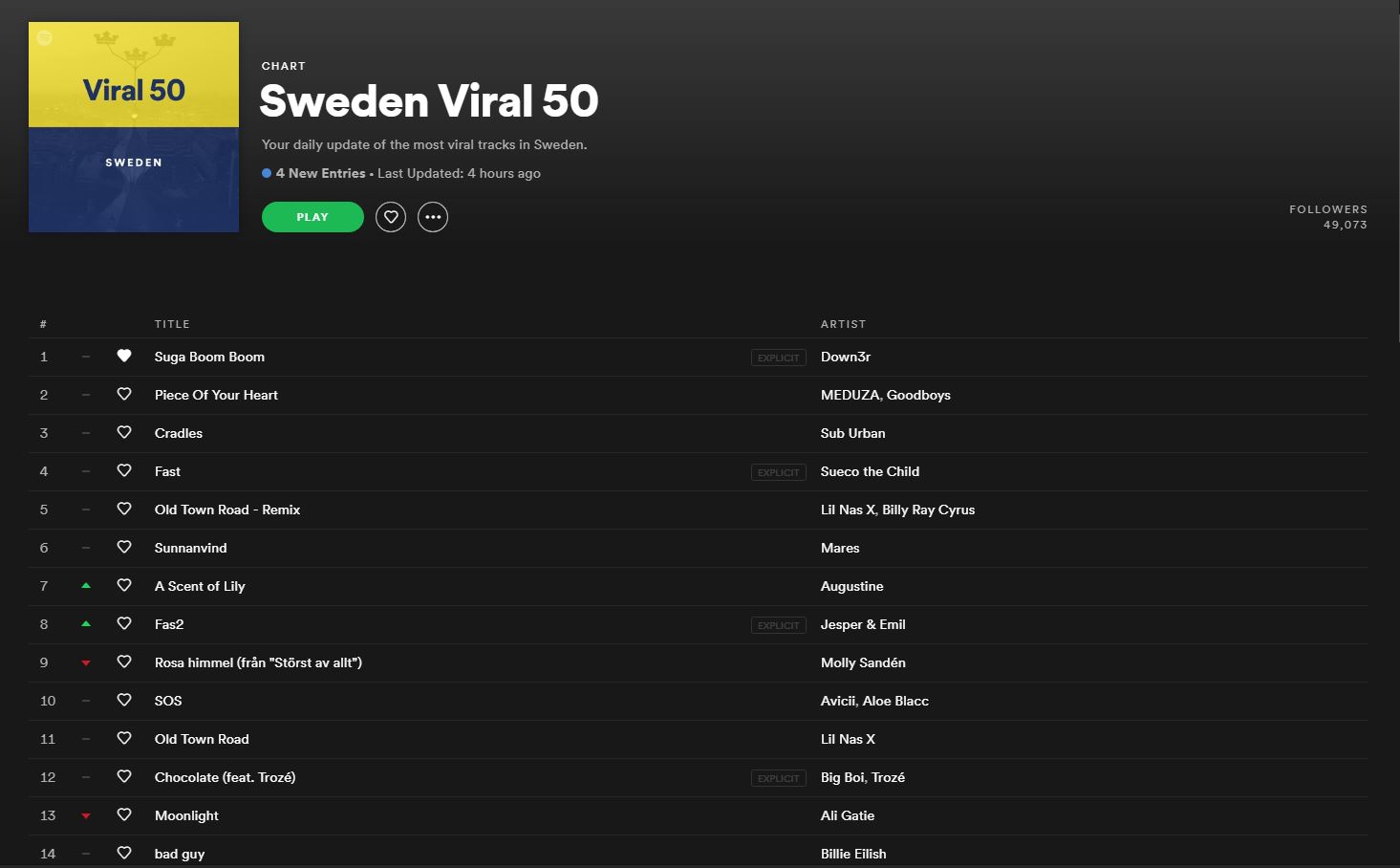 Take it in. Look at that. It may be a simple screenshot to some, but to us at the DL Down3r team, that is the sign of incredible success. That’s the one and only Suga Boom Boom at THE VERY TOP of the Spotify trending list for Sweden! If we could say “hej” to every single Swedish follower who’s made this happen, we seriously would out of gratitude! Sweden had a population of 9.995 million as of 2017. That’s quite an audience! It’s therefore a wonderful occasion that this very special song has reached such a large group of people in such an impactful way. The song itself has nearly 9 million plays, just shy… but will no doubt reach the 9 million goal rather quickly!

In case you wanted to contribute to that playcount and see what the fuss is about, we have you covered.

Things are certainly looking up in Down3r land. First the amazing growth in likes on the fanpage, then the repeated viral activity of his flagship song Suga Boom Boom, it was only a matter of time before a huge milestone like this was achieved! There’s a reason that DL’s music has qualified for a movie placement- they have true quality.